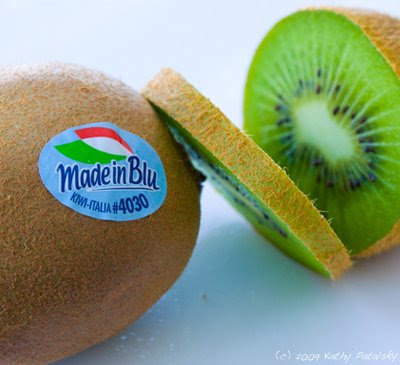 There’s been a lot of talk lately about getting the government to require agriculture to label their GM foods. The thing is, they already do! At least, they do in the produce section… Finding produce that is local, organic and/or non-genetically modified at the grocery can be very difficult, not to mention time consuming as you turn little pieces of fruit over trying to find the tiny print that says where it was grown and what it is. Sometimes, it doesn’t say. But you know those stickers with numbers on them that you always have to peel off? Well, turns out they tell you how the food was grown.

Here’s what the numbers mean:

So A conventionally grown banana would be:
4011
An organic banana would be:
94011
And a genetically engineered (GE or GMO) banana would be:
84011
By 2001, over 1200 numbers had been assigned by the Produce Electronic Identification Board, an affiliate of the Produce Marketing Association, a Newark, Delaware-based trade group for the produce industry. GM foods have only been in stores a decade or so, so science is still unsure what long-term effects they may havae on the body. They also pose the great risksthrough cross pollination with non-gm crops of threatening biodiversity. Europe has banned them. Gee, think they may know something we don’t? Or do they just value caution over profit? Personally, I am with Europe on this one — I’d rather stick with the bounty of Mother Nature than take a chance on my DNA, which will be copied for generations down the line. I may not be able to control all pollution, peak oil issues, the national deficit, or other human ills that my children will inherit, but my DNA, that is something I think I should have some say in.
Don’t you?